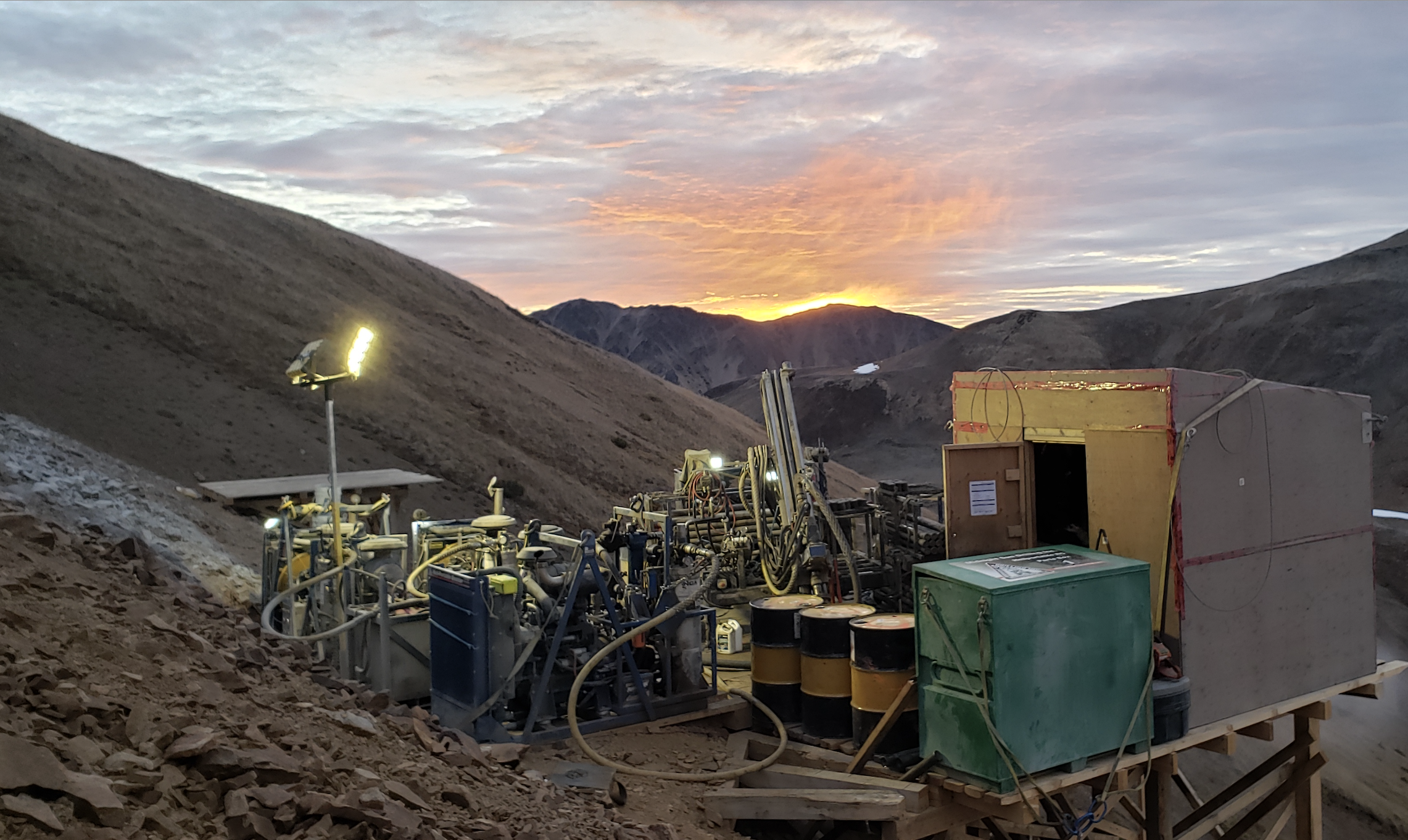 Big Red comprises 20 contiguous claims totalling 26,000 hectares in north-western British Colombia, 45 kilometres southwest of Telegraph Creek along the Barrington Road.  Big Red lies within the Golden Triangle 70 kilometres north of Galore Creek and 100 kilometres west of Red Chris. The Golden Triangle is a geological province of prodigious copper and gold mineralisation and host to some of Canada’s most famous mines, including Premier, Red Chris, Snip, Brucejack and Eskay Creek. Within the Golden Triangle porphyry copper and gold, epithermal gold and silver and volcanogenic massive sulfide styles of mineralisation have all been recognised. At Big Red all three of these styles exist, indicating that large mineralised systems have been preserved from erosion. The primary porphyry copper-gold targets are peripheral to a distinct large magnetic-high feature and coincide with a radiometric potassium anomaly, copper, gold, silver and molybdenum anomalies and a mapped Jurassic-aged porphyry intrusion.

This is the first time that the entire project has been consolidated under one operator. In 2017 a high-resolution helicopter-borne magnetic and radiometric survey was flown over the property on 200-metre spacings. Successful surface rock chip and soil sampling programmes have been undertaken since 1963 on individual claims. Thirty-five assessment reports have been digitised and consolidated identifying multiple porphyry copper and gold and epithermal gold targets. Libero's initial work programme in 2019 included reconnaissance prospecting over a large area, continuous rock chip samples and a ZTEM electromagnetic airborne survey.  A five-year area-based exploration permit for geophysics and drilling was received in September 2019.  Property-wide surface exploration work by Libero collected 892 surface samples in 2019 in addition to 3,671 historical samples.  Libero's samples were analysed for a suite of 35 elements, allowing for multi-element characterisation of anomalies.  This analysis identified 19 target areas with anomalous gold-silver-copper plus other pathfinder elements.

In 2022, the Airborne survey results over the Terry Zone were interpreted, and a large potassium anomaly was detected immediately southeast of the Terry Zone. This potassic anomaly is coincidental with several smaller (< 1-kilometre diameter) magnetic high anomalies that are coincidental with exposures of syenite porphyry that locally contain elevated copper mineralisation in the surface samples. This potassic anomaly is the target for the 2022 drill programme at Big Red with 5000m of diamond drilling currently scheduled for the project.

Libero Copper operates according to a rigorous Quality Assurance and Quality Control (QA/QC) protocol consistent with industry best practices. All sample assay results have been monitored through a quality control/quality assurance (QA/QC) programme including the insertion of blind standards, coarse blanks, and duplicate samples. Monitoring of the QA/QC programme has determined that the analytical results are of acceptable quality. Assay samples are securely transported to ALS Global's sample preparation facilities in Terrace, BC and Langley, BC. Sample pulps are analysed in North Vancouver, British Columbia for gold by fire assay using a 30-gram charge with atomic absorption spectroscopy (AAS) finish. Samples which exceed 9 g/t gold trigger a 30-gram fire assay with a gravimetric finish. Copper and silver contents are determined by four-acid digestion with ICP-AES finish. ALS Global is an independent laboratory. Libero Copper is not aware of any drilling, sampling, recovery or other factors that could materially affect the accuracy or reliability of the data.

The company has resampled and mapped historic locations that contain elevated mineralisation to further validate and evaluate the economic potential of previous sample results.

Stay In The Loop